Tales of a Wanderer Observer

"Votiva" is the documentation of innumerable personal stories, memories of a demographic and social transformation typical of the city of Naples.

A project that wants to be a testimony of the many stories of immigration and the story of the integration that these newsstands almost preserve.

It is the story of Rashmi that came twenty years ago from Sri-Lanka, or that of Melina who has lived for over 50 years in that 'vascio', one of those homes where whole families are born, live and die.

To dry the clothes, with the same meticulousness, in front of the 'bassi' and on the balconies, there are so many women from south-east Asia, as Neapolitan women; that make the urban landscape coherent with its history and with the present, and frame these simulacra of an almost pagan Christianity, respecting and preserving them.

Votive aedicule enclosed in the murals, which almost seem to overlook a city projected into the 21st century, but at the same time firmly anchored to its roots, its beliefs and popular myths; aedicule that do not fade in multiculturalism but draw new sources of regeneration. 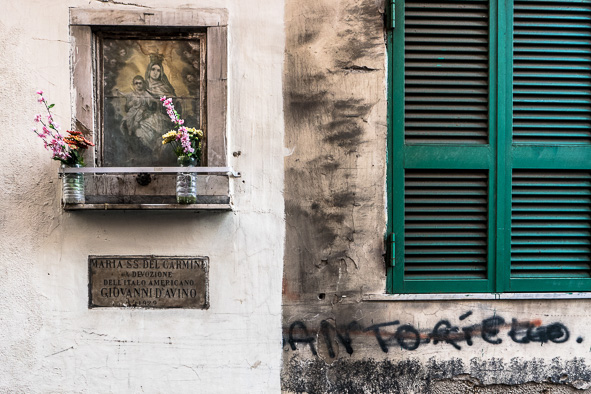 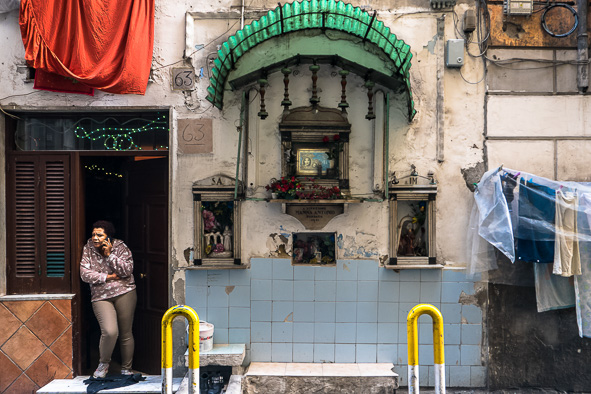 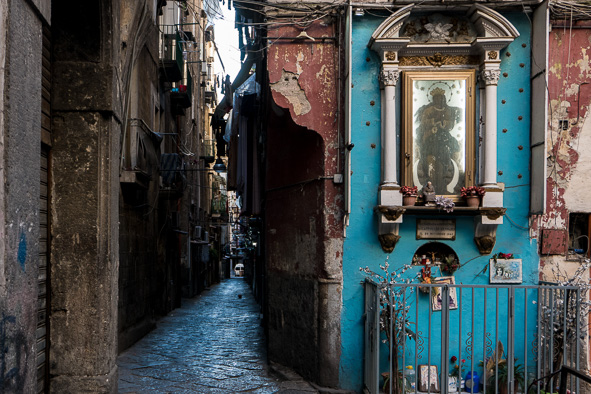 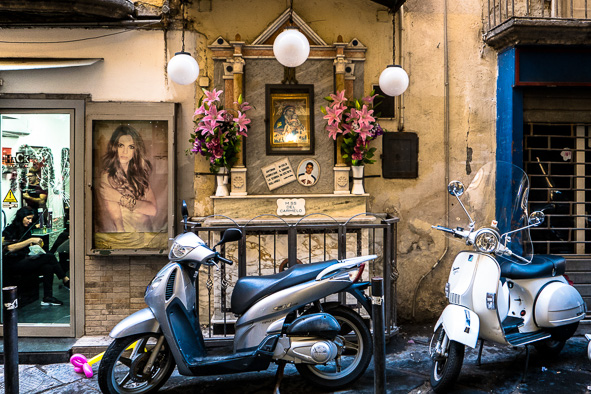 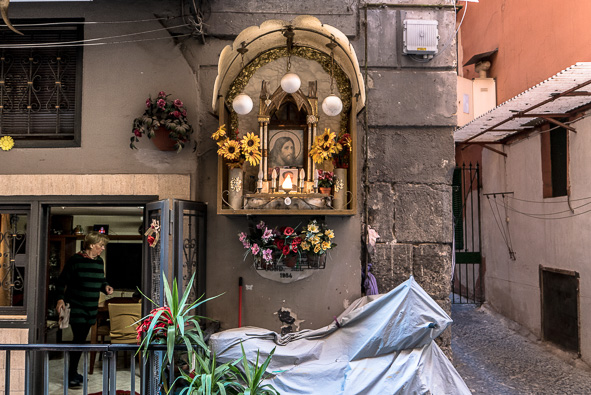 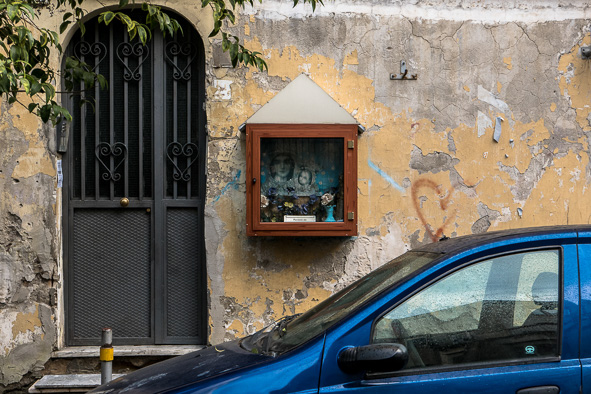 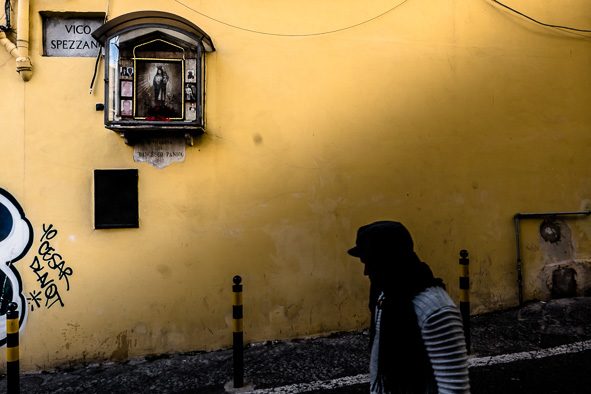 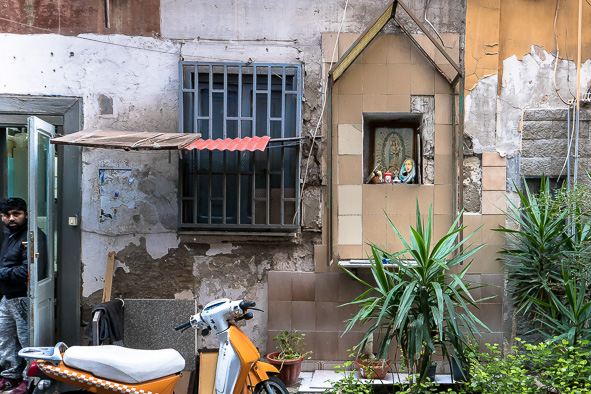 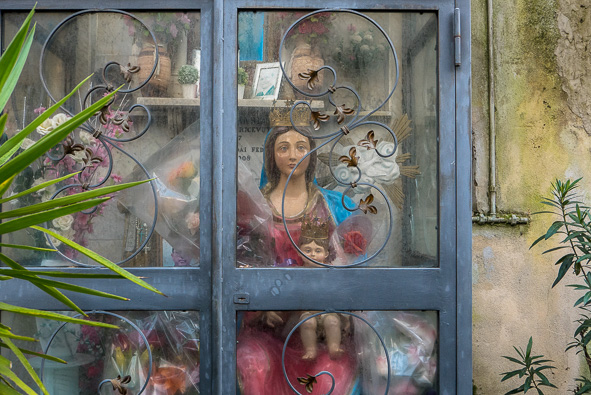 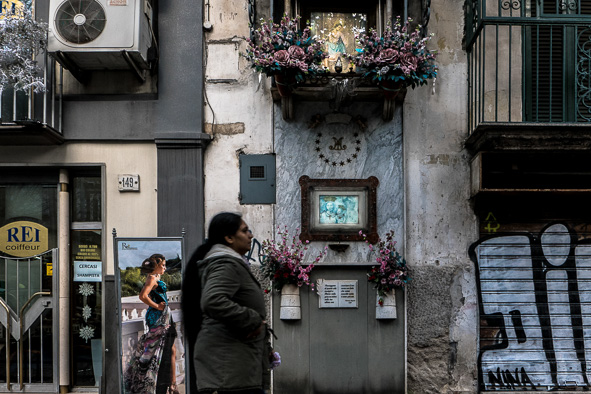 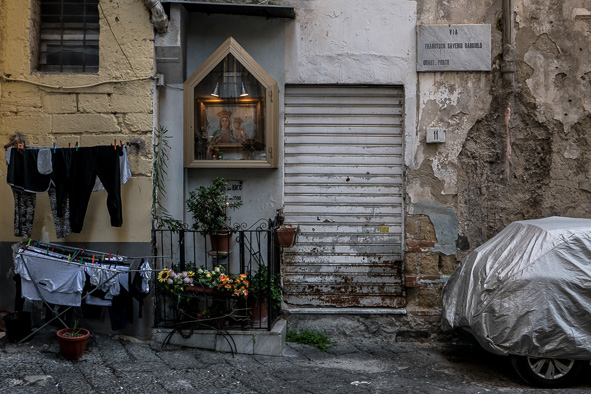 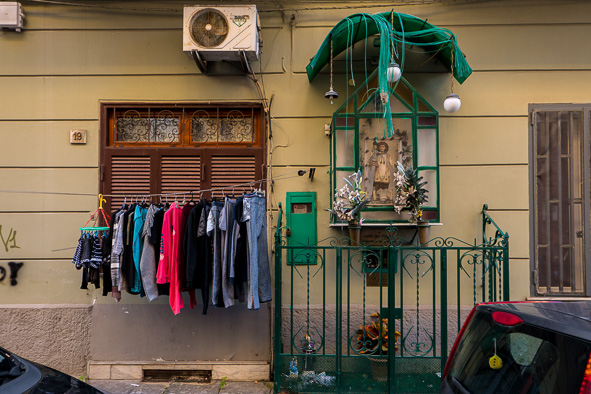 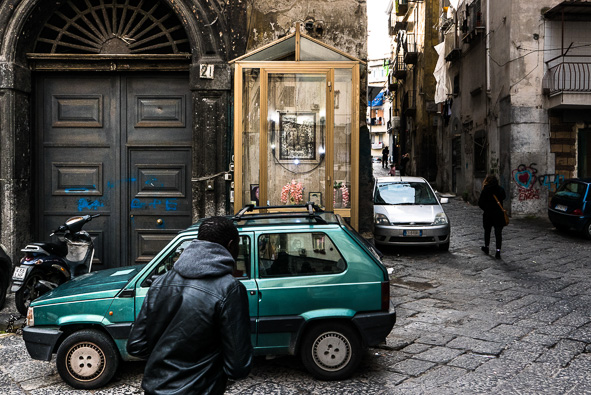 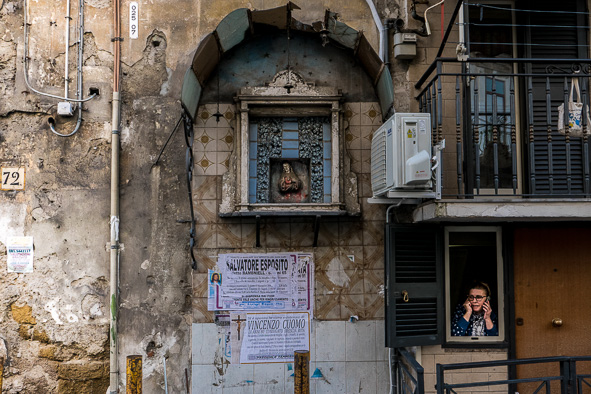 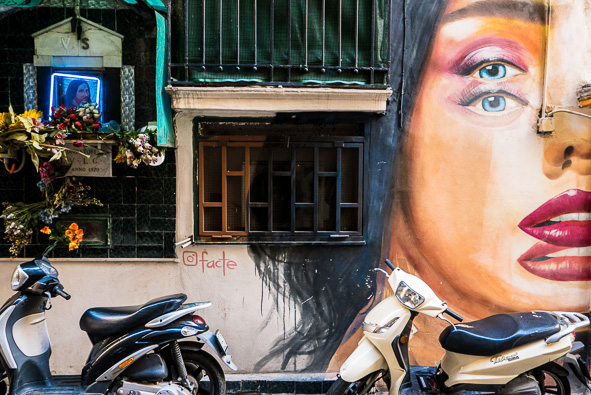